Ibtissem Beldi and her challenges 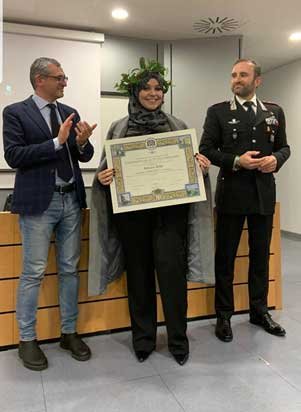 I was born in Algeria, the northeast part, in a city called Batna, a city known for its conservative values, because of its closed nature to the exterior world, I pursued my studies at the local university, I majored in English linguistics, but I was intending to take my studies to a higher level, but due to the corrupt administration, students with big objectives like myself were banned from moving forward, so I was forced to drop my post at the master level.

I moved to another city, not far from where I lived, Sétif, a city that offered to me everything and changed my whole life, when I found a whole great team of teachers who pushed me out of my comfort zone and Pr Naouel Abdellatif, who selected me for a scholarship as part of her collaboration project with the University of Bergamo.

I moved to Bergamo in February 2019, and I have to thank both universities, Setif 2 in Algeria and Bergamo university for creating such a program, alongside Erasmus which opened the space for different students from different countries to join not just the lectures but also our project presentations and dissertations.

I spent my quarantine time in Bergamo, it was a miracle that I survived that period because I lived with a roommate who worked with old people who were contaminated by covid, it was a pretty stressful period for me, and I moved to the region of Emilia Romagna, specifically to Cesena under hard conditions, I didn’t know anyone, didn’t have a job, and didn’t know what’s next, luckily the next showed up a month later when I got to work in a hotel at the seaside of Cesenatico, the most beautiful town I’ve ever seen.

I moved in October 2021 to Ravenna, a beautiful city with beautiful people, but I can’t deny that I faced more challenges to find a job and settle down with documents than anything else, I found some hardship looking for a room due to my hijab, I spoke Italian very poorly at that time so people at administrations ( Centro per l’impiego, Ufficio del Lavoro) hospitals and other services wouldn’t take me seriously, so after approximately ten-months of daily search and hard work I finally got a job at a cooperative who mainly work with the office of immigrants as a linguistic mediator translating to three languages, and an Italian language teacher.

My life in Ravenna in particular and Italy, in general, wasn’t as easy and prestigious as I always imagined it would be, but all those challenges pushed me way out of my comfort zone and helped me create a better plan for the future, and get better projects in terms of immigration.

On December 4th, 2021 I was offered an opportunity to talk about the challenges I faced as an immigrant and I chose to tackle some of the important highlights that I see as worth developing.

My opinion about the following items:

Immigration mattered in the 2013 elections in Italy- the importance of immigration policy had a low profile for all parties except for the Northern League (NL) and the Popolo della Libertà (center-wing party coalition), which, however, consider immigration policy only in as much as policy can combat illegal flows: there is no concern for integration policies. So, whereas immigration policy is usually linked with issues of security, illegality and crime, integration is never at the core of public and political discourses. It is not a central political priority for politicians and governments. On the contrary, integration has always been conceived as a de facto process, which occurs through participation in the labor market: integration has been seen as related to, or at least as a consequence of, economic insertion (Caponio 2013).

Even if there is not a well-structured integration policy discourse in Italy, in political and public discourses some immigrant groups are considered particularly difficult to integrate because of cultural and religious diversity. Migrants are accepted as workers and they are economically integrated – albeit in “subordinate integration”. However, if they become a visible community and/or demand public and institutional recognition, then opposition towards them increases. Muslims (above all, North-Africans), Chinese nationals, African Muslims are considered difficult to integrate because of their religious diversity, especially when they demand the building of mosques or Arabic schools, or the recognition of festivities or prayer during work time. Another group that is considered difficult to integrate is those Chinese nationals in Italy. Various stereotypes are circulating in the mass media and public opinion. The most common is that they use the labor market unfairly. Their firms are accused of tax dodging and overworking their employees, and exploiting their fellow countrymen, and paying them salaries that are below the going rate. Instead of enforcing integration policies, in some local contexts (e.g. in the city of Milan or Prato) policies of control and restrictions have been introduced, whose aim has been to damage Chinese economic activities. 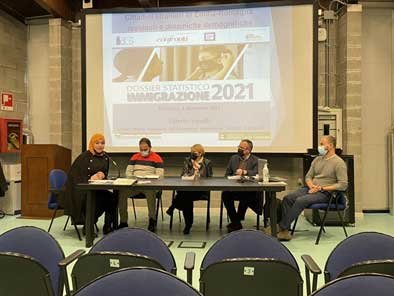