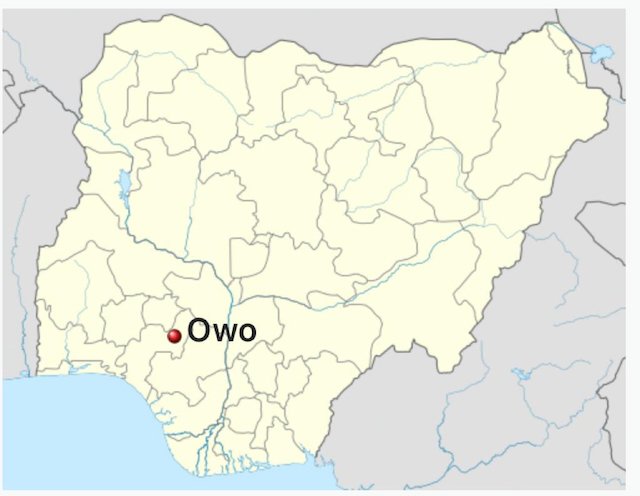 President of Nigeria Association in Ravenna, Italy, Mrs.Titilope Hassan, has described the Sunday attack on worshippers of a Catholic Church, in Owo, Ondo State, as one death too many, saying the attack was a serious signal of impending war against the southwest region of Nigeria.

Mrs. Hassan also decried the loss of about 38 innocent people killed in the attack, while 64 others were still at hospitals receiving treatment from the various degrees of injuries sustained during the attack.

Hassan, who also is as the spokesperson of RITI, stated that the incident had really exposed the failures of the government to secure the country, wondering why places of worship like churches and mosques became the target of terrorists in Nigeria.

"Nowhere seems to be safe in Nigeria at the moment. When has going to church or mosque become so unsafe for worshippers and also leading to such huge massacre"

"Nigerians in Ravenna are not happy with the situation in Nigeria. We are worried about the spate of killings in Nigeria and we cannot keep mute pretending as if all is well with the Nigerian nation"

"The blood of those killed in Owo seeks justice against the killers. Therefore, it is the duty of the Federal Government, as well as the Ondo state government to fish out the killers and also bring them to book. The terrorists that invaded a church were heartless. They were ungodly and they don't deserve mercy".

While warning the terrorists to stay away from southwest, Hassan also restated the need for peace and unity across Nigeria.

"As a Yoruba woman and member of OPU in Ravenna, Italy, we believe in unity and peaceful co-existence across Nigeria and the world at large. By virtue of its composition, Nigeria is actually a secular nation where issues of religion shouldn't be a barrier".

"All over the world, the need for peace is sacrosanct. So, the federal government must brace up in ensuring that security of lives and property, especially in places of worship remain very important across the country".

"All over the world, terrorists are destroyers of souls and destiny. So I urge the Nigerian Government to step up its security architecture in order to forestall a repeat of terrible incidents like what happened in Owo.”

The OPU Ravenna chieftain also extended her heartfelt condolences to the people of the state, saying:

"No amount of words could bring the dead back to life, but at this difficult time, I joined the people all over the world to condole with the Ondo state governor, Arakunrin Rotimi Akeredolu, for standing firm to restore peace in the state. I also condole with the Olowo of Owo and the people of the ancient town. It is my prayer that God will heal their wounds and give them the fortitude to bear this great loss".